Having not driven a car in nearly 8 months and having failed my first test attempt, returning to driving was something I almost dreaded. However, after my friend suggested that I change instructors and start lessons with Suky, getting my driving back up to scratch became far less daunting. Suky is definitely the best driving instructor I have had and is always very encouraging. She is very patient and down-to-earth, striking just the right balance between being friendly and offering constructive criticism. As someone who can be a nervous driver, Suky gave me the confidence I needed to pass my test. If you're looking for a driving instructor then I can't recommend Suky enough! 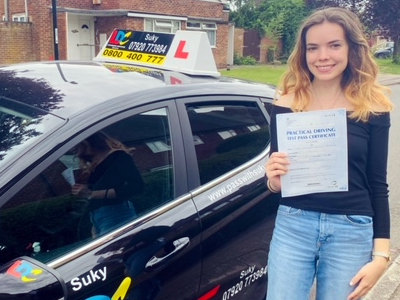